Bill is the founder and CEO of Professional Growth Systems, which he established in 1981. He is also author of Creating High Performers, 7 Questions to Ask Your Direct Reports. His commitment both as a consultant and a writer is to enable individuals to achieve their full potential and fulfillment from work, and thereby for organizations to attain a high level of performance. He and partner Doug Johnson developed a suite of tools that have proven themselves over the years to deliver on this commitment.

Following graduate school in business administration, Bill fulfilled his military commitment with two years in Alaska with the Indian Health Service, a branch of the U.S. Public Health Service. He then took the opportunity to establish and build the second of what became a statewide network of Alaska Native health corporations.

It was the experience of building a high quality, high standard organization alongside individuals he respected and cared for, many of whom had no previous work experience, that lit the intellectual fire for Bill. He set out to discover and develop keys to unlocking the potential of individuals and organizations. Dedicated to continuous learning throughout his career, Bill has researched and studied established masters in organizational strategy and improvement to the benefit of the PGS products and tools. The results of relentless pursuit can be seen in his writings and his work with clients.

Over the years, Bill has worked with individual proprietorships, intermediate size businesses and national standard bearers for their respective industries. He values the fact that he has worked for non-profit, for-profit, governmental, and international organizations. That breadth of experience has helped him gain clarity on the universal principles that underlie individual performance and organizational dynamics.

Bill’s commitment, and that of the company he founded, is to affirm that value is added to an organization from every PGS engagement. To insure that is so, PGS’ services include follow-up, assuring that what is learned and committed to is achieved. In Bill’s words, “if our client doesn’t win, we don’t win, and we won’t quit until we make it so”.

When not found writing or working with clients, Bill will likely be either on the golf course or spending time with his family, including two beautiful grandchildren.

Connect with William Dann on LinkedIn »

As President and CEO of Professional Growth Systems for the last 28 years, Doug has worked with every type of organization – from municipal court systems to large city hospitals to small village corporations. His background includes a Bachelor of Science degree in Geological Engineering from the University of Alaska at Fairbanks, which he combined with his love of the outdoors as a life-long resident of Anchorage.

Doug is passionate about helping organizations succeed and flourish, from the early stages of entrepreneurship and development throughout the lifecycle of the company. During his tenure at PGS, Doug Johnson has helped a wide spectrum of companies with performance improvement initiatives. He served as a consultant in the launch of Alaska’s first biotechnology company. He has worked with scientists from Stanford Research Institute to commercialize new technology, led multifaceted governmental performance improvement initiatives and has assisted the oil industry in becoming “safer, cleaner, better,” in positioning themselves for the 21st century.

Doug leads the Professional Growth Systems Product Innovation Team and, as such, he is committed to continually educating himself in performance improvement by studying the work of “practicing masters.” He has studied the writings of, and participated in educational events conducted by those considered the leaders of our time, such as W. Edwards Deming, Michael Hammer and Clayton Christensen.

When not working at PGS, Doug is an avid skier, traveler and private pilot.

Connect with Doug Johnson on LinkedIn »

The most recent addition to the PGS consulting team is John Gregoire. John’s greatest passion is active and experiential learning, and he brings a suite of team building and training tools to the PGS table. He earned a Bachelor of Arts in interdisciplinary Studies from the University of Alaska Anchorage focusing on Small Group Communication Psychology and then a Masters of Education in Student Development Administration from Seattle University.

John’s work brought him through the ranks of the training world, from his position as Assistant Director of Student Leadership at UAA through a Learning and Development Career Specialist with Southcentral Foundation to his recent run as owner of his own consulting firm. He has developed employee training programs, facilitated strategic planning, and provided executive coaching and leadership development. His partnering with PGS will offer a broader mix of tools to his clients as well as bring state of the art training tools to the PGS toolbox.

John is partial to active and experiential learning, and has built a fully codified team building and work culture toolkit that he has used to improve work environments, enhance functional teams, and develop individual leaders within a wide variety of organizations.

When asked about past achievements he is most proud of, John cited team development work with a client which successfully assisted in decreasing turnover by 50% in an organization of over 1500 employees. With another client, his implementation the development tools resulted in marked increases in employee satisfaction scores specifically in questions associated with teamwork, communication, and organizational commitment.

When not working at PGS, John thoroughly enjoys exploring Alaska with his wife and two children.

Connect with John on LinkedIn or via e-mail. 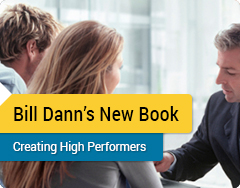